I really have nothing to say - but decided to talk about the rest of our trip - (To Cour d'Alene)
We had planned to come home on Sunday after church, but awoke Sunday morning to LOTS of snow. It had rained the night before, and then it snowed. So there was a nice sheet of ice under the 6 or 7 inches of new snow. We tried, without any luck to get our van out or Bill's driveway - and finally had to give up, we'd just slide sideways and down.
We borrowed Heidi's car and drove to the church (about a mile away.) After we got back to the Moorland's house we called Bonnie (who was watching our kids) and told her that we simply would NOT make it home that day.
She sounded disappointed, but there wasn't much we could do about it! 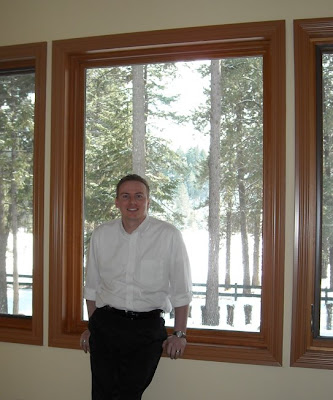 I took this one of Ryan after church in the room we stayed in. This is in the basement! But didn't feel like a basement at all. Tall ceilings, big windows... In the summer you can see the lake out these windows.
Heidi's son Alex and his friend, Aaron, cleared off the driveway and Bill took Ryan on a drive around Hayden Lake Sunday afternoon, while I took a much needed nap.
I hadn't worn my neck brace at all on Saturday, and hadn't been very faithful with the muscle relaxants and anti-inflammatorys. So I was hurting.
We had a very nice dinner - Heidi made an awesome salad, a turkey breast, and pasta with pesto and pine nuts. It was very good.
Then we played a game of Boggle before we called it a night. (I won, by a BIG lot!) 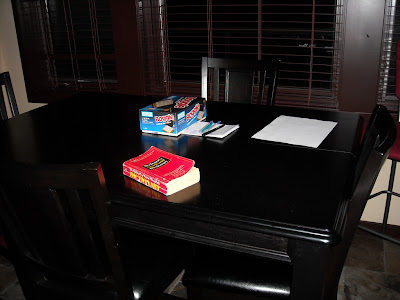 Ryan had gotten his new Tablet PC just before our trip. He was pretty proud of it and showed it off every chance he got (what a nerd!) It has a fancy touch screen and everything! (It really is a pretty cool toy.) 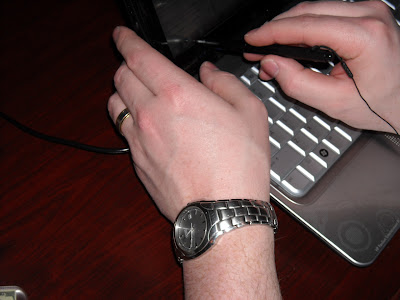 The next morning we woke to a new blanket of snow, but it wasn't as much as had fallen on Sunday. Heidi had gone to the gym shortly before we left so we backed all the way into the garage and made a run for it. We almost didn't make it. But we were on our way (a little later than we had originally planned, but time was on our side. We crossed the date line and gained an hour!) 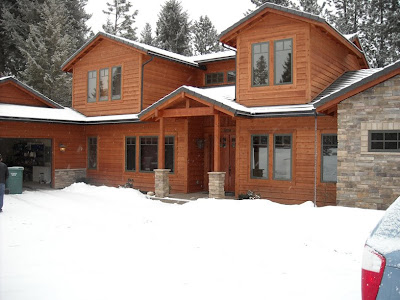 Before we left in the morning Ryan sat down with Bill and worked on his Google Ad Words campaign. We don't like to do anything business related on Sunday. Bill was disappointed that Ryan wouldn't help him with it then, but I was proud of Ryan for not wavering, and it didn't hurt to do it in the morning. 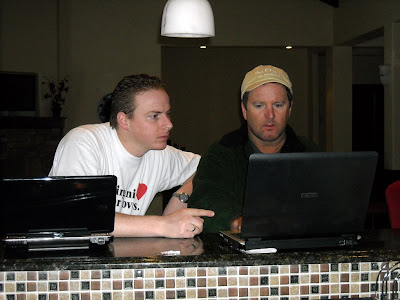 Here they are "Geekin' Out" infront of their lap tops. 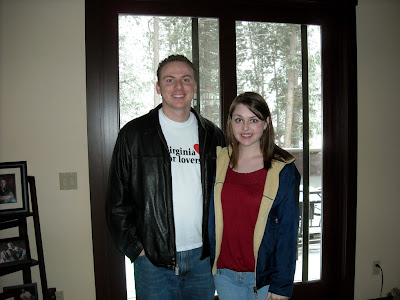 Here's one last shot of Ryan and I before we left the Moorland house. Bill asked, "Do you want a picture of the two of you?" Funny how I didn't even think of that until he asked. So I guess this is the picture that proves that we took the trip together!