For anyone who's been wondering what's up with us:

Visit msnbc.com for Breaking News, World News, and News about the Economy

Some information on heart disease:
At the end Dr. Nancy described just what I've been feeling - down to the jaw pain and the night sweats.
Sunday night Ryan rushed me to the ER, I was reluctant to go to the because "I'm only 25, I can't be having a heart attack!" But Ryan had a friend who had a heart attack at only 17 - so I guess that age is no excuse! But I was right, I wasn't having a heart attack!

I'd been having sharp pains in my chest on Tuesday, the rest of we week I was still having pains, but not as pronounced or as often, and then Sunday I was having a lot of very acute pain.

I hadn't felt well all day, after eating dinner I left the table and laid down on the couch, the pains were becoming more severe and more frequent, accompanied by pain in my arms (alternating between left and right) and numbness in my hands and fingers. The pain was so bad that I'd clutch my chest and tears would roll down my cheeks.

After my awesome husband got the boys in bed (ALL BY HIMSELF!!) I told him how I was feeling and he was very concerned, and said "We're going in, right now!" He called my Aunt Bonnie and we left for the hospital.

On our way we reviewed how I'd been feeling over the last week or 2: very dizzy, I've been loosing my balance a lot and falling into walls [it makes me feel silly] I feel light headed, and have had a lot of headaches (everyday, sometimes a couple) and I've been extra fatigued and tired.
I'd been having chest pains all week, more on Tuesday and even worse on Sunday.

But even with all of this information the Doctors seem baffled. They seem to think my condition is stress induced. I have a history of panic attacks and ulcers - they gave me some Adovan, to see if that would help. They assumed that if there was marked improvement that would prove their theory of me suffering from anxiety or large amounts of stress.

After giving me the pill we waited, in the ER for a full hour to see how it would effect me. The pain was lessened, or dulled, but I was still having pains. We left without any sure answers, but some follow up instructions.

Yesterday we went to the Pocatello Cardiovascular Clinic up on the hill. They gave me an event monitor to wear - I have to where these sticky things on my skin attached to wires that hook into the device that I clip to my pants - it's great fun :P So we're monitoring whatever issue it is that I have. In a few days we'll take the device back so they can record and review the data. 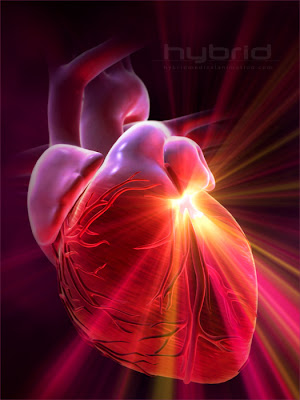 Today I'm tired, I haven't been having sharp pains in my chest, but I do have kind of a dull, achy pain in my entire chest cavity - front to back - like I've just run a marathon or done 200 push-ups.

I'm not sure if I have a heart problem or if it's something else: no matter what I could stand to loose some of my stress, but how can I do that without getting rid of my children? Hmm...

However, I did think it fitting to be talking about heart health in this, the month of February, where everything is covered in hearts and the colors pink and red.

I'm feeling pretty lousy and haven't gotten much done since Sunday (I can't believe it's already Wednesday) While "taking it easy" one doesn't accomplish much. I sure hope I feel better soon! Whether or NOT we solve the mystery!
Posted by Caranna at 2:09 PM

That doesn't sound like much fun. I hope they can figure out what is going on. We'll keep you in our prayers. Let us know what you find out... Good luck.

Oh no, definitely not a good thing. I hope you start feeling better very soon! And I hope everything is okay!

May I call the Relief Society president for you, PLEASE? Wowzer, dear - I wish I could come borrow your boys for the afternoon so you could have a break. Keep taking it easy.

And if you thought our blog fell off the face of the earth, you may now find us at homebirthhippies.blogspot.com

We're hiding there and we'd love for you to join us.

Hey Caranna, I hope that you get feeling well soon!!

i hope you guys figure it out soon. it sounds kinda scary. Take it easy and get feeling better!

Wow, that's a little scary! Ditto the well wishes from everyone else. I hope they figure out what's going on . . . and that they can do something about it! Take care sweety!

Can I bring you dinner or take you boys for a couple hours or something to help relieve some stress. I will even come clean for you. Let me know what I can do for you. I am only a couple blocks away....
Laura

Hey, baby sister, Get better! My solution to everything lately is ride your bike. execise goes a long way. Cycling is also an amazing stress relief. I know, only a few crazy folks bike this time of year. So go swim. Without the kids. Oh, and eat salad. Salad is good. Hamburgers are bad. I just ate two. I should have had a salad. I miss my bike. I am rambling again. Soda sets off my ADHD. I love you. I really think salads would help. And lots of water. And even more prayer.
Good luck sis.

Oh my heck, Caranna! I hope everything turns out o.k. That seems pretty scary. I'll keep you in my prayers!! Keep the blog updated on how you're doing!!