We had two different birthday celebrations for Tate. On Saturday we went to Ammon Park and launched bottle rockets - all of the Bakes except Wes came and brought a bottle launcher so we had two! 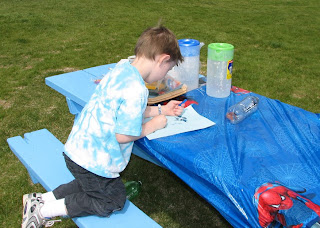 Here Tate's decorating his rocket to send into orbit. 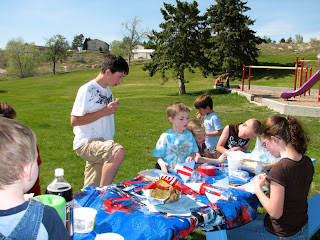 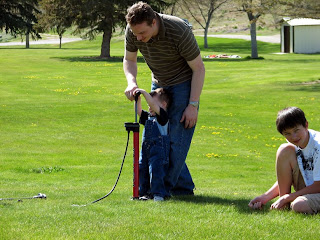 Oran and Ryan using the bicycle pump, and their big muscles to launch a rocket. 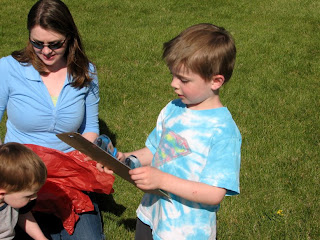 Tate got some "real rockets" like the ones the astronauts fly in. 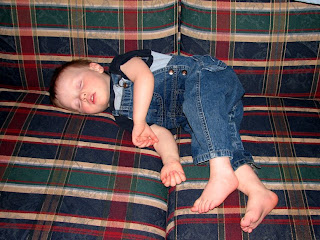 On Sunday we invited everyone over for cake, ice cream and visiting. The Bakes came and so did Grandma and Grandpa White. It was very nice. Iron Man in the making: Ryan was super awesome and painted fondant to look like Iron Man.

Ever since we finished the Spiderman party last year Tate's been insisting on an Iron Man cake - so Ryan made it happen! 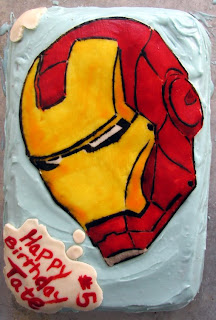 Here is the cake all finished
Pretty awesome! 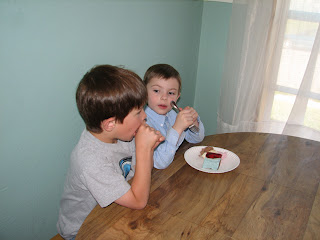 Tate and Matt at the table. Tate got the first piece of cake, of course, 'cause he's the birthday boy! 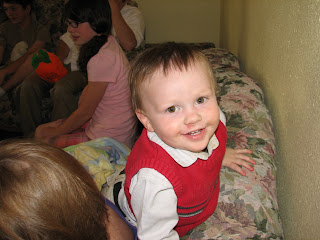 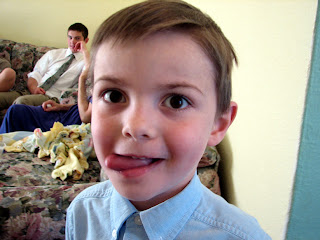 On Tuesday I took birthday treats to Tate's preschool and talked all about his life on Earth and different things he's learned and done since he got here. When I heard how Ms. Kris did birthdays I thought it was kind of weird - but I thought it was actually neat! I brought a picture from each year (birth - 1, 1-2, 2-3, 3-4, and 4-5) and told some things he did each year I liked looking in Tate's scrap book and my journals to find interesting things to say - I like to remember. 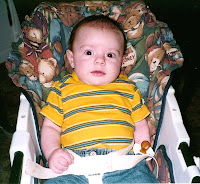 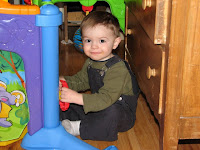 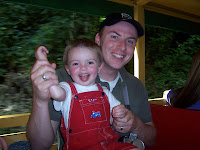 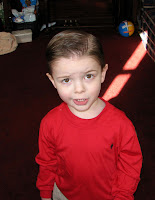 And those were the birthday things we did.
Posted by Caranna at 1:57 PM

Fun! You do good parties and activities - I'm not as talented as you are. :)