Today I wasn't feeling well. I had the two littlest boys napping so I told the three older ones to play nice and get along while I soaked in the tub for 20 minutes.

I quickly remembered a night last week when Ryan came home from work and placed a shopping bag on top of the kitchen cabinets saying, "This is for Christmas." The bag was on top of the cabinets over the stove. Our cabinets have a crown molding all the way around with a substantial lip that someone would not be able to see over unless, as was obviously the case here, someone was standing on top of the stove and looking in that direction.

My blood boiled as I shouted out the perpetrator's name. When the guilty party was standing outside the bathroom door I berated him for "ruining a Christmas surprise." I said something along the lines of, 'Dad hid that there because he thought that none of you would look there. Now you've ruined a Christmas surprise not only for all of your brothers but for me as well!'

He apologized and claimed he didn't know. He left and I laid there seething.

Before long another Christmas came to mind. We were spending the holiday at my parent's house. Ryan and I had, had a late night preparing Christmas for our children and early Christmas morning our oldest son crept out of bed, and without waking anyone else unwrapped each of his presents. (he only unwrapped gifts with his name on them, which is really quite impressive, considering he was only 3 at the time.)

When we awoke to discover what he had done, we were a little put out, to say the least. Ryan was so upset that he was ready to send Tate back to bed and not allow him to keep any of his gifts. Thankfully, my wise, and much more experienced mother swept in to rescue the situation.

She scurried us out of the room, took all of the ripped wrapping paper scraps and hastily taped them back to the packages. She stacked Tate's gifts in a pile and we continued on with gift opening as if nothing had happened. When it was Tate's turn to open a gift he would go over to the pile, take one out and proudly show us what he had been given. 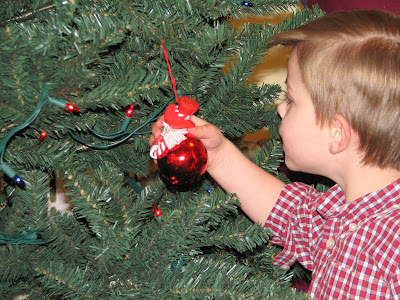 That year we didn't know who had given him what but he was happy and consequently so were we.

We took a negative situation that could have ruined the holiday for all of us, and with a attitude of love and forgiveness we moved past a 3 year old's mistake and had a lovely day.

My heart began to soften as I got out of the tub. While I was toweling off I remembered yet another Christmas. This one much longer ago, when I, myself was a little girl. 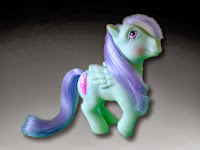 That Christmas we drew names within our family. My brother Gavin had drawn my name. I knew that he had gone shopping with my Mom and curiosity got the best of me. I started poking around and discovered the desire of my young heart. He had bought me a My Little Pony. It was mint green with lander hair and scented like ice cream. I immediately fell in love!

As the month of December progressed I thought of little but my My Little Pony, laying under the  tree, wrapped in pretty paper. As Christmas grew closer I began to worry that someone would discover that I knew, I was afraid of being reprimanded for peaking at my present. So I began practicing my best "surprised face." I worried so much that Christmas lost some of it's glitter that year.

By the time I left the bathroom, after my bath, I had tears in my eyes and forgiveness in my heart.
Posted by Caranna at 1:38 PM

Last year my littles opened all of their Christmas presents without waking us up. I was heartbroken! There were several toys we had hunted for and I was so excited to see the reactions when they were opened. Luckily little hearts are super tender and a few shed tears from me, I couldn't help it, and telling my children that my best gift from them is seeing their joy when opening gifts helped them to understand just what was taken from me. I could care less about the gifts. They aren't what matters. It was seeing how happy the gifts made them that was important. I understand how you felt, both times. But Christmas, as you so rightly put is, is about love. And you show a great amount of love by forgiving, especially when it might be easier to "freak out".

I've never visited your blog before, I'm so glad I finally have. Thanks for sharing, Caranna!

It was a blessing that you were in the tub - and not able to instantly "deal with it" in your anger. We should all just take a few moments before we react. I love the stories you wrote about and the way your own story worked out. Lovely.